36 of the 40 players entered in this weekend’s Global Poker Masters – including a fashionable late Ole Schemion – were joined by their peers and some of poker’s elite in what was a packed house as GPI Chief Executive Officer, with the help of PokerStars Team Pro Liv Boeree, drew the names as everyone in attendance filled their brackets to find out which players will meet in each of the five playoff rounds of Poker’s World Cup on Saturday.

With each name selected, an animated draw filled the screens inside the Portomaso Suite at the Hilton Hotel in Malta revealing some very intriguing matchups.

Those hoping that the draw would include a Vanessa Selbst vs. Ole Schemion duel will be happy to see the Round 5 feature table where the two will duel with Simon Deadman, Andrew Chen and the others.

Join us on Saturday starting at 11:30am CET (6:30am ET) for the presentation of the pre-game show. Cards are in the air at 12pm CET as Round 1 gets underway.

You can catch the action on Twitch.tv, PokerStars.tv and on several other live streams.

Official Standings from 1st Round of Playoffs 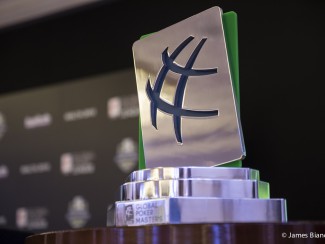 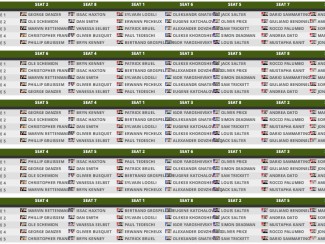